The second part of Florence’s interview . . . updated November 2015 from an earlier podcast read PART ONE here

The Indiegogo campaign turned out to be one of the best things I’ve ever done. When a friend/mentor suggested it I didn’t want to do it. I didn’t believe the Indiegogo audience would buy make-up – it was so full of tech businesses. I thought my customer wouldn’t crowdfund. I was so wrong. Some of my best customers heard about me from that site. We hit target after two days and we doubled the target in the end without promoting it very much at all. People really liked it and shared the content on social, it created a real buzz I wasn’t expecting. I had a pop-up space in Boxpark so the money went to help that. I just ploughed it into day to day expenses for the business. Ironically I had said in my Indiegogo pitch that I would use the money raised to pay a professional PR to help me get press, but in the end the campaign itself generated brilliant publicity for me.

Right now the business is going so well. MDMFlow is stocked at Colette in Paris and Nasty Gal in LA – retailers I could only have dreamed of working with at the outset, and I’ve launched an extra-black mascara, which sold out straight away. Nasty Gal was the biggest order to date; it pushed my by-hand production methods to the limit. I went into overdrive and stayed up all night to try and fulfil it. I warned them about how many I could make at a time and they just took as many as they could. They understand that I’m a small company because we communicate clearly. It’s so exciting that I’m expanding in the USA, I’m the first beauty brand to go into Nasty Gal stores, al the others are online only at the moment. The American market is so exciting and perfect for MDMFlow, as their approach is more that they love things that are brand new rather than waiting for everyone to catch onto it and a celebrity to wear it. There’s a big market niche for colour as there are so many more experimental American customers. 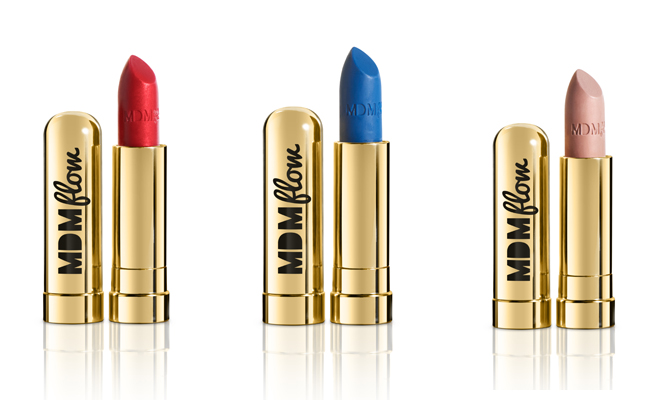 Other stockists are Public Image in Antwerp which is run by a friend, and Flamingo Marketplace in Marbella, Colette and Beauty Mart. Each stockist came about in a totally different way; I sent Sarah Andelman, who runs Colette, a personal package because I’d read somewhere she loves to receive goodies in the post from small brands. But that’s the only stockist that I approached. I do get in touch with retailers and try and convince them to buy MDMFlow but so far it’s only worked once. Everyone else discovered the brand then got in touch with me. Barber and Parlour’s [in Shoreditch] buyer was shown a lipstick by a friend, and the buyer from Nasty Gal apparently Googled ‘cool lipstick brands’ and I came up! Beauty Mart heard about me on Indiegogo.

Flamingo Marketplace is a kitschy fashion boutique I used to follow on Instagram and I kept liking all their pics. At that time they didn’t even stock beauty products so I was so surprised to hear from them and thrilled they wanted to buy.  That goes to show the power of Instagram!

Social media is absolutely vital to my business. I have three interns at the moment to run Facebook, Twitter, Tumblr, Pinterest, Snapchat and some Instagram – although I still like doing my own Instagram. I’ve experimented with Periscope because I like to try everything to see how it works. The interns are all part-time. They are students and get funding to work for me as their course placement. When I get a regular one I will pay them, as there are a lot of legal issues around interns these days and you can’t just demand free labour. 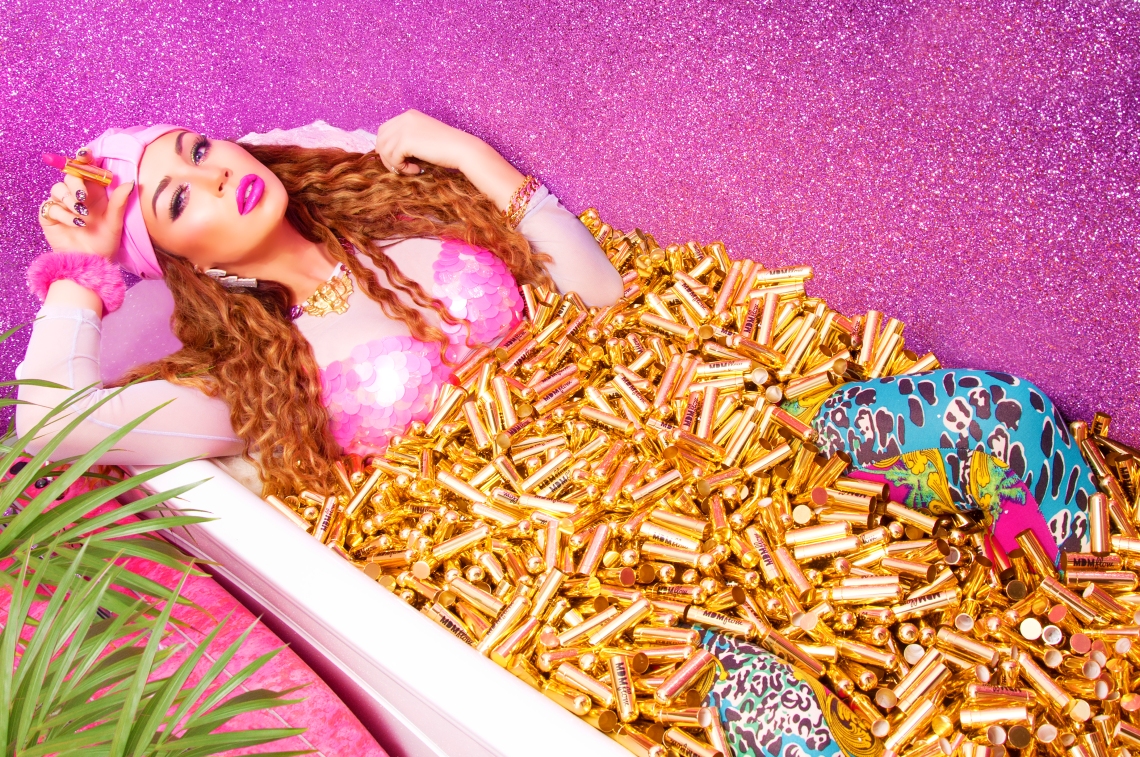 When I am away on a trip I Snapchat a lot and my views go up loads. Before I had interns I was on social at least once an hour – it was a huge use of my time. Instagram is the most important one. I can directly trace so many sales back to Instagram and customers often comment on there. People know they are talking directly to me, and that communication is so important. The voice of MDMFlow is me, but its still my business feed, I don’t post selfies on there or stuff that doesn’t relate to the brand.

The biggest lesson that I have learned through all of this is just to keep going. Every single week I feel; ‘this is too hard I can’t do it’. But I do and I just keep going, every time it feels like the hardest it’s been you just get through it and on to the next thing. You just have to keep going and deal with one thing at a time.

I believe that becoming an entrepreneur is an inevitability. It’s something that comes from within you. It’s not that you can’t work for someone else – because you could work within another company and still have an entrepreneurial spirit but it’s something about doing something impossible and making it work for you.