Renay; “I worked in film and TV for 15 years, starting out as a child actor (I went to stage school, where one of my friends was the little boy from the Yellow Pages ad). As it turns out I wasn’t great at acting, but I am happy to have had that training because it gives you skills for life; confidence, presentation skills and so on. As an adult I worked for talent agencies, then production companies in development, then on-set in production making prestige dramas such as The Honourable Woman with Maggie Gyllenhaal.

“Then I switched into podcasting and worked for Acast, then Audible, then Panopoly. I was let go from Panopoly when they closed down their editorial team in 2018. Some of the shows I’ve produced include, On The Shelf – a dating podcast; The Receipts for 1Extra, an unfiltered group chat fronted by three women of colour – and That’s When You Get A Dog, which I hosted, about women’s reproductive choices. All the podcasts I work on usually feature a strong woman’s voice at the forefront and hopefully have key take-away for the listener, whether it’s a new place to go, something to research or something to do. I always try and leave the listener with a bit of information they didn’t have before. I’m still finding my style but empowerment seems to be the running theme.

“The timeline of Broccoli Content, from first thoughts to setting it up goes back to 2017 when I was at Panoply. I had been in talks with author Reni Eddo-Lodge about making a podcast that would complement her award-winning book; Why I’m No Longer Talking To White People About Race – and pick up where it left off.

“After leaving Panoply and vowing not to work for anyone else again, I went to New York to see some friends, regroup and reflect. I also bought microphones and stands, and a sound card for my laptop so I was ready to work for myself. Reni hit me up on Twitter because my work email wasn’t working. She still wanted to do the podcast and we agreed to do it as a passion project. I wondered if we would be eligible for a grant so I applied to Arts Council England. It took an entire day to do the application and they declined first time, but gave feedback, so I reapplied and we got the money. That way I could pay people, like researchers and a composer – to help us make it. 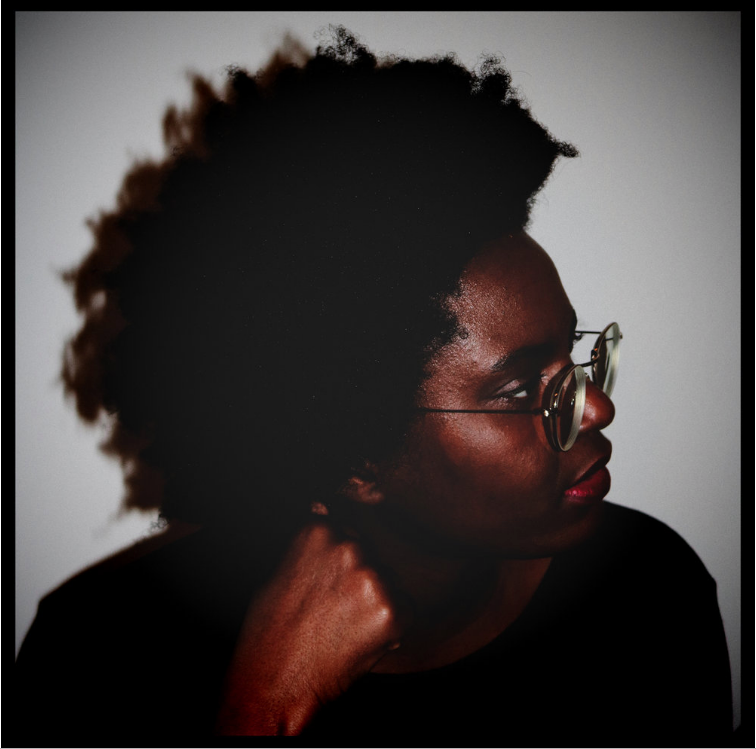 “Reni didn’t want to do a format of long interviews, but documentary-style with multiple contributors, archive clips and different elements. We did a lot of the interviews at my house. The time frame was so short to make it – we did over 20 interviews – two weeks of research, followed by six weeks of recording interviews. We met every Monday to see where we were up to. I did rough audio editing, transcribing and time coding and Reni edited and structured it all. We started work on Jan 8th and it went out on March 22nd, so it was a big workload. The grant was £13k so we had to get it done in time to make it worthwhile.

“Reni knew what it was like to be a woman of colour in journalism, and I was WOC in audio so we’d had similar experiences. It was a good because we both learned a lot. Reni hadn’t done audio and I hadn’t done anything of that nature before. It was easy to work with her because she had a clear vision of what she did and didn’t want.

You can listen to season 1 HERE.

“My goal was to establish myself as a serious contender in the UK market, who makes shows people are afraid to make – in order to generate more work, and it worked! Feedback included major networks wanting to commission a second season and people wanting to work with us. Podcast people were so impressed and said they wished they’d made it. The irony is, I’d originally pitched it to Panoply but they turned it down, saying; “It’s broccoli content. It’s good for you, but no-one wants to eat it”. When I told that story to a friend in America they said – “That’s what you should call your company!”

“The lesson there is to do what you want to do when you think of it – don’t wait for someone to get in there and do it first.

“In the world of podcasting, there are a couple of main business models;

Firstly, I could pitch an idea to a network, they commission it, I produce the show and they pay for it.

Or, you make the show yourself, self-finance and grow your audience then run ads on the podcast for revenue, and do host reads [where the host makes a bespoke ad for a sponsor].

Thirdly, someone contacts you – like a brand for example, to make them a podcast to their specification – you’re a freelance producer and you get hired to make their show.

There’s also crowd-sourced e.g. raising money via Patreon or selling merch to your fans. There’s no get rich quick solution – it’s a long game. Your goal might be to win an Oscar or make a million pounds. Maybe you will at some stage, but there’s a lot of work to put in on the way.

“In the process of setting up the business, I’ve partnered with SONY. We are a 50/50 joint venture and we kept the name Broccoli – I used to work here as a temp a few years ago – and people here always recommend me to talk about podcasts. It was an informal thing; if the subject of podcasts came up in a meeting, people would always say; “you should talk to Renay”.

“Sony were looking to expand into podcasting in the UK and so my name came up because I love talking about podcasts, I can see their potential and how you can grow them. I also had a conversation with the President of 4th Floor Creative and conversations with NY SONY Music Global, then I met the chairman of SONY – it happened very organically. I told them that the content was “broccoli” and they just got it. We’ve already made our first show; it’s called Money 101 and its coming up in January for BBC Sounds, Bea Duncan who works at Broccoli is the host and it’s her journey to become more financially literate.  I learned a lot working on the series. I even have a stocks and shares ISA now – ha ha!

“If I had to give advice on pitching to big companies, I’d say; have purpose. What is your purpose for doing it? I’m not doing it to become a millionaire – I did it because of the lack of opportunities for people like me. If you have purpose, every decision you make comes back to that. I turned down other companies because they didn’t get it or I thought I would outgrow them. If you are directionless and you get investment, you won’t know what to do with it. If the SONY Partnership didn’t happen, I definitely would have kept making podcasts from home and continue building relationships with brands and publishers. The dream is to make Broccoli be the best it can be, so I would always have continued working to make it a reality.

“Podcasting is a new industry. It’s removed from radio, and the growth of the industry represents a chance to help shape a new type of media. That’s why you need people of colour in positions of power. It goes without saying that not all people of colour are the same; you need a variety of different people in every position; commissioning, pitching, making the content and that’s what I want to do with my company. I want to buck the trend of few black women setting up companies and getting paid. For everything to go down the pale route so early on is a bit depressing.

“Not everyone making the decisions should be white men over 40, and I hope more people start their own companies. It’s hard work, but now’s the time to do it. To illustrate why it’s necessary; the head of Radio 1Extra and BBC Asian Network is a white guy. Looking at the charts on Apple podcasts – if you check out the top 200, there’s two or three that are have a POC hosting. Radio is super white, both BBC and commercial. Podcasting is a young industry, so it makes sense that it should be diverse and more representative of the population we live in – but it’s just not, as yet.

“When it comes to trusting my instinct, I’m learning to do it more. For a while, and I need to stop doing this – I’d go for a freelance job and feel in my stomach – I don’t want to do this – but did it anyway and it would always turn out to be as bad as I thought it would! I just want to get on, make shows and do what I want to do and work with good people. Sometimes you know from the vibe what it’s going to be like – don’t ignore it!

“Now I’ve got my own company, a new task is recruiting my team and becoming a boss. So far I have only got one employee, someone I worked with as a freelancer. I’ve put offers out for people, but I didn’t get as many applications as I wanted – which is fine. It’s the beginning of the chapter. I know what it’s like to be in a company and not be flourishing so that’s exactly what I don’t want to put people through. I want to give people the freedom to create and be fulfilled – to work on what you want to work on and constantly learn and develop. Also I’m not going to turn into The Man overnight! I’m an ‘all hands on deck’ person and I do think that’s the best way to work and learn.

“The kind of boss I want to be is like my old boss at Drama Republic – who just taught me so much. They always used to say – “get it done.” We would do everything, even put on boiler suits and sand the floor. I learned a lot there. It formed how I am and how I want to be.”